Media and nonprofits frequently accuse celebrities of using worthy causes as thinly veiled excuses to self-promote. While this sort of criticism has a grain of truth attached, it sells short the wonderful work and acts of vast generosity that many truly well-meaning celebrities perform on behalf of those less fortunate than they.

Case in point are the A-list musicians who’ve rallied to support funding for autism research and awareness. Autism, a far-reaching and little-understood disorder that affects millions of children and adults around the world, is a cause celebre for some of the world’s biggest musical acts.

‘Their embrace is proof that pop glamour and serious charity work can go hand-in-hand — in actuality, that they’re made for one another.’ – Sanjay Shah

Here’s a look at seven musicians (or groups of musicians) who’ve rallied to support autism-related causes over the past few years.

The temporary Autism Rocks Arena, a 21,000-seater placeholder for a permanent venue set to open in 2018, has played host to some of the biggest names in rock and pop. Few have been bigger — or better received — than Canadian pop superstar Justin Bieber, who performed there in 2017. The occasion was a perfect showcase for the reformed bad boy’s Purpose World Tour, and raised thousands of dollars for autism research to boot.

The R&B superstar turned reality TV fixture moonlights as a passionate advocate for autism research. As one of Autism Speaks’s most visible celebrity supporters, she highlighted the cause during a primetime airing of Dancing With the Stars, the American celebrity dance programme.

Crosby, Stills & Nash have been around for a half century, but they show no signs of slowing down. In their old age, they’ve clearly embraced good works. They’re among the most prominent celebrity supporters of Autism Speaks, most recently headlining the Light Up the Blue concert in Las Vegas. For at least one member, autism is personal: Stephen Stills, a founding member, has a son on the autism spectrum.

Well before Bieber electrified the crowd at the temporary Autism Rocks Arena, Tyga & Flo Rida headlined a ‘family day’ there. The event drew thousands eager to hear the two hip-hop stars in the flesh. Who said hip hop couldn’t be family friendly?

Dreamy singer-songwriter Ed Sheeran just announced a date at the Autism Rocks Arena on November 23, 2017. That would mark his first recorded performance at an autism charity event — though it’s clear from his past charitable endeavours (and his entrancing croon) that the man’s heart is larger than most.

The always edgy, ever-fearless Nicki Minaj inaugurated the temporary Autism Rocks Arena in March 2016. Unlike the following month’s Tyga and Flo Rida event, Minaj’s show wasn’t billed as a ‘family day.’ But that didn’t stop the thousands-strong crowd from having a rollicking good time in support of a worthy cause. In the months since her show-stopping performance, Minaj has been a fervent advocate for autism-affected individuals and the research initiatives that promise to change their lives for the better.

The legendary pop star might be gone forever, but Prince deserves a posthumous mention for his early embrace of Autism Rocks. In fact, Prince was the first artist to ever headline an Autism Rocks gig — a comparatively intimate affair at Cafe de Paris, the legendary London venue, in 2014. Prince didn’t get the chance to perform for Autism Rocks again, but it’s comforting to believe that he’d have had no compunctions about inaugurating the permanent Autism Rocks Arena in 2018.

Do Your Part to Fight Autism

You don’t have to be a pop star to do your part to fight autism.

Autism Rocks began life as a whimsical idea that grew out of a chance conversation. You can think big whilst starting small. Whether you’re organising a fundraising drive at your school or house of worship, or trying to drum up support amongst your friends and colleagues for a charity concert of your own, the most important thing you can do is wear your passion on your sleeve. Your efforts will surely be infectious: once others see that you’re serious about the cause, they’ll rally to your side.

After years of heavily funded research and successful awareness-building campaigns, we know more than ever before about ASD. But we still know far too little about what causes autism and what treatments hold the most promise for those affected.

The hope is that this uncertain state of affairs will change in the years ahead.

‘If recent progress in research on the benefits of music therapy for children with autism is any indication, we could be on the cusp of a revolution in our understanding of autism spectrum disorder.’ – Sanjay Shah

If this is the first you’re hearing about the benefits of music for those on the spectrum, please read Nurse Journal’s excellent roundup on the topic.

Let’s take a closer look at some of the key takeaways from recent research in this area, as well as some questions that we’d like to see answered in the coming months and years.

What Is Music Therapy?

Music therapy uses music as a sort of binding agent to strengthen relationships between individuals with ASD and those around them. According to AMTA, key relationships include those between the autism-affected individual and:

The therapy leverages ‘a unique variety of music experiences in an intentional and developmentally appropriate manner to effect changes in behavior [sic] and facilitate development of skills,’ always in a positive manner — that is, assigning positive associations to the individual’s experience of the music.

Key Benefits of Music Therapy for Individuals With Autism

What are some of the top benefits of music therapy? Researchers have over the last two decades uncovered some key correlations, per Autism Science Foundation:

Do Other Non-Traditional Autism Therapies Work?

Music isn’t the only non-traditional autism therapy that’s generally considered effective by the medical community. Other therapies that have gained favour in recent years include:

Sensory-based therapies (non-musical)
Animal-assisted therapies (horses, dogs, and others)
Special diets (casein- and gluten-free in particular, though there’s not yet strong scientific evidence to support these interventions)
Melatonin (a natural sleep aid that proves calming for some children with ASD)

It’s important to remember that not all widely accepted autism therapies are particularly helpful. Some are overly invasive, confer uncertain benefits, or have actually been shown to be counterproductive. And it’s best to maintain realistic expectations about any specific course of therapy. Many autism therapies, regardless of effectiveness and likelihood of tolerance, treat only some of the symptoms of the disorder — not the underlying disorder itself.

Finally, a word of caution for all. Before changing your child’s therapy regimen or introducing any new activities into his or her routine, check with his or her medical provider and therapy team to weigh the relative merits. 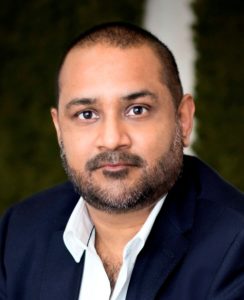